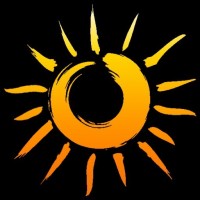 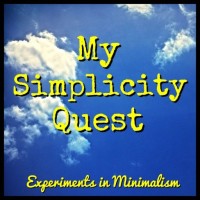 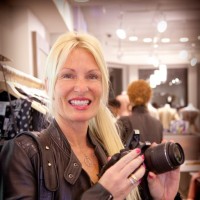 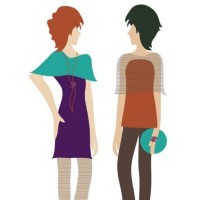 Hello and thank you so much for stopping by. I hope you enjoy my blog. This is a blog about personal style, and how to have fun with it. This is also a blog about overshopping and my journey towards a healthier relationship with shopping and clothes. 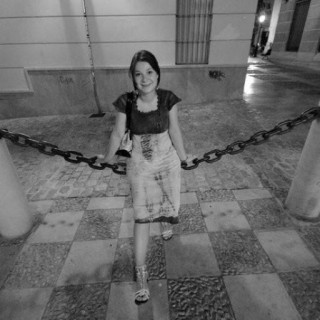 I am K and I want less. I used to be a shopaholic, now I want to have less and live more. Join me on my quest to less shopping, more style and happiness with less.

With Halloween just around the corner, our local bakery has been displaying a fantastic selection of treats for a few weeks now: little sugar witches and pumpkin shaped candies have the kids pressing their noses against the glass. The smells coming out of the door are divine and turn my head every time I pass by.

Now don’t worry, this isn’t going to be a tutorial on how to make pumpkin muffins, if there is such a thing. As I stroll down the steep cobbled streets of the small Spanish town we now call home, I’m after a different treat altogether: the local jewellery shop here is one of the best I’ve ever been in, and I frequent it…well, frequently. Run by a French lady, she designs silver jewellery with semi precious stones and gets them made in a workshop in Bali. I get more compliments for her unusual pieces than I get for anything else I wear.

So here I am, trying to cheer myself up with a dose of retail therapy. The working week has been challenging and the weather has been atrocious. A few bad hair days in the torrential rain are all it takes to get me down and I urgently require something to make me feel a bit prettier. Mind you, this is my second try. It all started a few days ago when I thought: “I am going to buy myself that expensive top I saw on the internet. I deserve it.” Coincidentally,  the well-known high street chain whose name rhymes with “Basis” was also offering 20% off everything on their website, so credit card in hand, I went ahead and placed my order.

On first attempt, my order failed, or so the little red message at the top of the screen told me. Nothing to worry about, I said to myself, and tried again. This time I got one screen further but still, it failed. And again on the third try. After three unsuccessful attempts I started feeling a little uncomfortable. Better check my bank, I thought, just in case the payment is going through even though the order isn’t. The next thing I saw was a big fat debit of £230, three times the price of the order, taken from my account. I was now down to a two digit number and it was five days to go till payday.

I took a deep breath and emailed the helpdesk of “Basis”. The first person I dealt with was annoyingly unhelpful. Apparently, I had entered incorrect address details. Even though I know where I live (thanks for assuming otherwise!), I rang my bank to double check the address, and let “Basis” know that this wasn’t the problem. At the same time my bank told me that I wouldn’t see the £230 again for another five days. Great. That put an end to all the other treats I might have had to compensate for the bad hair and the loss of the top. At this point I was starting to feel the effects of treat-deprivation, and also taken for a ride. A big corporation was able to block my account, but didn’t have to deliver the goodies in return. Sure, I knew I would get my money back, but for the moment, I had neither money nor top.

It took three more emails to “Basis”, which remained unanswered, and a very annoyed fourth, before somebody else got back to me and told me apologetically and honestly that she was “perplexed” by the problems I had been encountering. Now perplexity I can deal with – I experience this often enough myself. Snottiness I cannot. I forgave “Basis” for not being able to help me – however, that still didn’t get me the treat I badly needed.

With the last few quid in my pocket, I’ve decided to trudge down to Jewellery Heaven to get myself a few grams of 925 Sterling Silver. I’ve verified the opening hours before leaving the house and I’ve made a mental decision of what kind of stone I will get this time: earrings with smoky blue labradorite to complement a necklace my fiancé bought me a while back.

As I approach the window of the shop, however, it appears dark, and even after rattling the doors and frantically verifying that I’ve made no mistake on the opening hours, I can’t quite believe they are, in fact, closed.

Looks like I’ll be having some of those sugar pumpkins after all.

Hello everybody. Here I am again, back from a rather long break. However fashion itself seemed to take a rather long vacation this summer, so I hope I’m forgiven.

If there is one time of the year that bores me more than any other, fashion-wise I mean, it’s late summer. You’ve been dealing with florals, pastels and what have you since February, and you’ve probably bought more than enough summer dresses in the sales. With the end of summer nearing, the last thing you want is another airy dress that you won’t be able to wear for the next 9 months. The new winter stuff has just started to arrive in store, but hey, it’s still bloody hot, so there’s very little appeal in trying on a wool coat or something made out of sheepskin. I appreciate that for someone who follows the fashion shows, late summer may not be quite so dull. But I don’t really follow the catwalks, I follow the collections in the stores, so for me, late summer equals a shopping dead zone.

However taking a break from shopping isn’t all bad. I had been really indulging in the summer sales this year, and a spending break was not only called for, but inevitable. The summer holidays left me all the more broke and I started to get bored by seeing the same things in the shops over and over again. Yawn. How exciting however, after not having bought anything for two months (I know! Who’d have thought!), to check out the new season stuff.

So, what are they throwing at us this year? Some autumn/ winter styles come back year in year out, and without fail and sure enough they’re back again. I’m talking plaid, tweed, riding boots, tailored blazers, below the knee skirts. Think Lady Di on a country walk, and add a bit of rockabilly to stay on trend. Personally, I love that style. And something that comes back year in, year out, can only be a) stylish and b) a good deal. Invest in some well cut, good quality classics and you can literally wear them forever.

Another major trend that’s set to continue into autumn/winter is lace. Obviously the color scheme has been turned on its head for the new season. Think burgundy, dark blues, dark greens. I’m not usually somebody who falls for designer items but the leather/ lace dresses from Valentino had me drooling. Beyond affordable, I’ll need to resort to buying a cheap imitation which I hope will make it to the high street soon.

From Goth to Boss! Gothic slash heavy metal slash rock and roll is back, it’s a bit of everything and despite the magazines calling this trend lady goth, a full on satanic outfit isn’t going to score you any brownie points. However a bit of leather, a few spikes here and there, and a lot of attitude are bang on trend.

Head to toe prints aren’t finished yet. The pyjama trend, paisley and other seventies prints continue into autumn/winter. I’d be careful to go head to toe pyjama. You know, just in case people don’t get it and think you are just being a slob. However, head to toe brocade I could get into. Stella McCartney I do bow to you, even though I will never afford you.

Last but not least, this year’s outerwear seems to be a bit contradictory and made me think I’ll skip this season to buy a new coat, thanks very much. Coats have gone oversized but unless you’re very tall and very slender that cannot be a good look. Short girls will look frumpy. Tall girls will look massive. It’s a lose-lose situation if you don’t have the ideal figure. Boo hoo. Another trend I am going to laugh at from a distance are bomber jackets. I remember buying one of those back in 1998, I was 18 years old and in my last year in school. And in 1998, this jacket shall remain. It’s a resounding No!!! from me to the bomber jacket.

Style is knowing who you are.

Sharing My Sunshine Along The Way

My great Wordpress blog
a lot of wind...

dispatches from the end of Europe

a fashion blog for the suburbanly challenged

"spending 90 days in the wilderness"